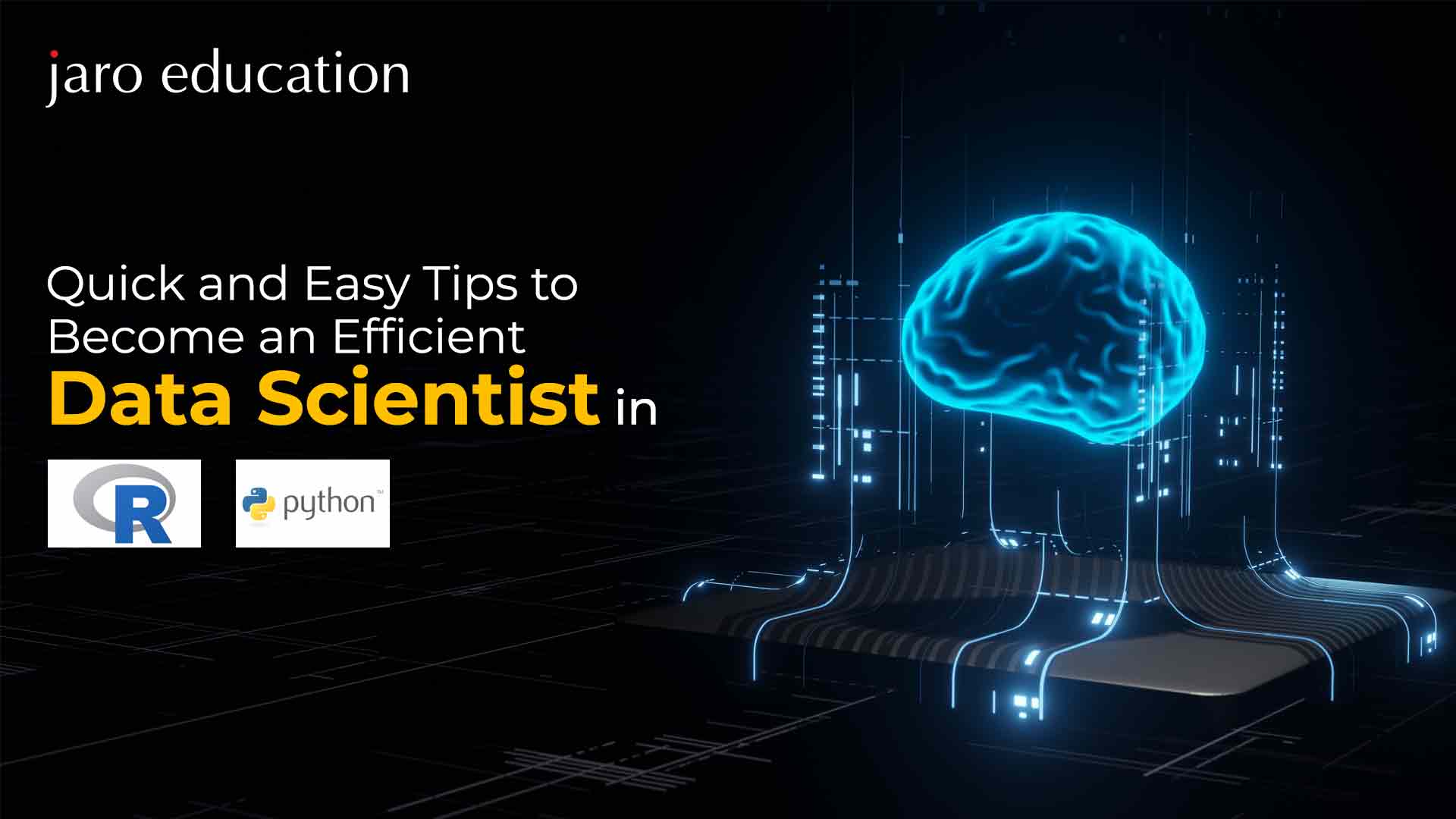 Data science have become one of the most in-demand skills in recent years. Python and R are two of the most popular programming languages for data science, and learning both can make you even more marketable. The good news is that you don’t have to be a coding genius to learn either language. In this blog post, we will provide some quick and easy tips to help you become an efficient data scientist in both Python and R and a data science certification course that will help you kickstart your career.

5 Tips to Become Efficient in Python and R

Here are five tips to help you become more efficient in both Python and R:

If you want to become an efficient data scientist, you need to be able to work with both Python and R. One way to do this is to delegate separate days for Python and R tasks. This will help you stay organised , and focus on each language.
Python is a powerful programming language that is widely used in data science. It has many useful libraries and tools that can help you with data analysis and machine learning. R is also a popular language for data science. It has a different syntax than Python, but it is also very powerful. Hence, it’s best to avoid combining their tasks on the same day, as switching between languages makes it more likely to generate errors.

Figure Out Common Ground Between Python and R

You will become aware of the difference between R and Python in any data science course. But it’s also important to find similarities. For example, both Python and R are high-level languages. This means that they provide a lot of abstraction from the underlying hardware and software. This makes them both very portable, meaning that programs written in either language can run on many different types of computers. Moreover, both also have the same integrated development network or IDE such as RStudio or Atom.

If you want to become an efficient data scientist, you must learn to ask the right questions on Google or StackOverflow. This will help you save time and energy when trying to find information or solve problems. For instance, wording queries the same way for Python and R might result in less than satisfactory results. Furthermore, copying error messages on StackOverflow might work in the short term, but learning what went wrong with your code will make it far simpler and faster to find a solution.

Have Technical Documentation Ready And Use Them Effectively

As a data scientist, it is essential to be able to effectively use technical documentation. This can be anything from online documentation to manuals and even books. Having this documentation ready and easily accessible can save you a lot of time and frustration when working with data. Of course, it will vary depending on the language. For instance, Python has extremely well-written documentation, whereas R has average documentation at best. Nevertheless, having them open while writing code is a great way to learn along the way and reduce errors. As you become more adept at the two languages, you can even create your own documentation to further speed up the process

Regarding Python and R, the conventions, syntax, and format for both languages are quite different. Hence, it’s important to have the right documentation/guide to regularly check your work. This simple hack will make it far easier to avoid accents while coding, as accents can lead to errors and make your work unreadable.

Are you looking for a reputable online data science course? Try out the Advanced Professional Certification Programme in Data Science & Machine Learning offered by IIT Guwahati. Split into 12 learning modules, the programme will guide you through an introduction to Python and IDE, all the way to machine learning and culminating with a capstone project. Become a part of the fastest growing and highest paying professions in the world with this online data science course.

There’s no doubt that data science is a complex field, but that doesn’t mean it has to be overwhelming. By following these quick and easy tips, you can quickly become an efficient data scientist in both Python, and R. To know more, enrol in this breakthrough data science certification course today to get ahead of the curve.

Scope and Types of Corporate Finance

A guide to Advanced Strategy & Leader Programme by Wharton Interactive

Talk to our Program Expert